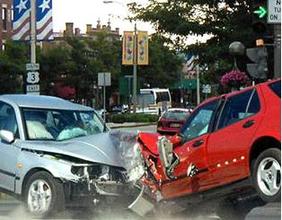 Acting quickly is the key to a good outcome for an automobile case. Acting quickly greatly improves the chances of identifying witnesses and getting their stories before memories fade. It allows for good accident reconstruction before evidence like tire marks, road gouges, and damaged vehicles disappear.

Do not assume that because police came to an accident scene that a thorough or adequate investigation has been performed for your case. Police officers have as their primary duty public safety and order. They are not advocates for persons who are injured and often their reports are not adequate to protect your rights.

Here are a few real life examples from our practice of how acting quickly made the difference:

+ A crash between a tow truck and Chevrolet Blazer that left a passenger in the Blazer severely brain damaged. The police report stated the Blazer ran a red light and listed four witnesses. What the report did not say is that two witnesses saw that the Blazer had a green light, one could not have seen the light from where he was, and the tow truck company was well known to the investigating police since it frequently did work for the police.

+ An elderly gentleman died as a result of a crash at an intersection. The issue was whether two young men ran a red light. A recording of 911 calls was obtained right away and on it was a witness who said she saw the young men run a red light.

+ A man driving a Toyota was run over by a tractor trailer behind him after they had both been stopped at a traffic light. The client, who lost a leg and had no recollection for what happened, had gotten out of his car and the key issue was why. The tractor trailer driver insisted he never hit the Toyota, but the Toyota’s rear urethane bumper had bolt impressions that matched perfectly with the tractor-trailer’s bumper bolts.We are experienced in gathering, managing and presenting evidence. We understand accident reconstruction and have a proven track record of presenting solid theories, debunking shoddy police investigations and exposing the bogus assumptions of insurance company “experts.” 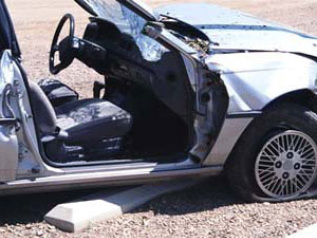 If you or someone you care about has been hurt in a car collision, call us or send us a email because at Lambros & Lambros we are capable and we care.